These two super 8 films are created through collaboration between Yoonhee and Saebom. It has begun with experimental films shot by Yoonhee. This footage has been developed with additional layers of sound, image and text responding to the visual elements of the films. The whole process of this project was like ping-pong game between different perspectives and tools we used. Our project is to deliver the visual contents of the films through different shapes to the viewer.

The first video, This book is over, is created in intuitive and improvised way of playing with sound collage and voice samplings from different film footage. Because the video shows fragmentary images, sounds and words rather in abstract way, it allows the viewers to associate the elements with their own personal imaginations and interpretations.

The second one, About Licht light, has inspired Saebom to create a new poem and sound. From the mistake of writing caused by the confusion between two languages – ‘Licht and light’ -, she wrote the poem based on the rhythm and phonetic of both English and German. The poem was then translated into drawings based on a translation system, which Yoonhee made for her former artistic practice: each letter from this poem is rearranged/positioned on a grid as dot and the lines are drawn between the dots. Furthermore, the piano-key sound for each letter is based on the algorithm between alphabets and synthesizer-keyboard: this way, the first poetry becomes a musical sound. (for example, A with Do, B with Re and so on.) 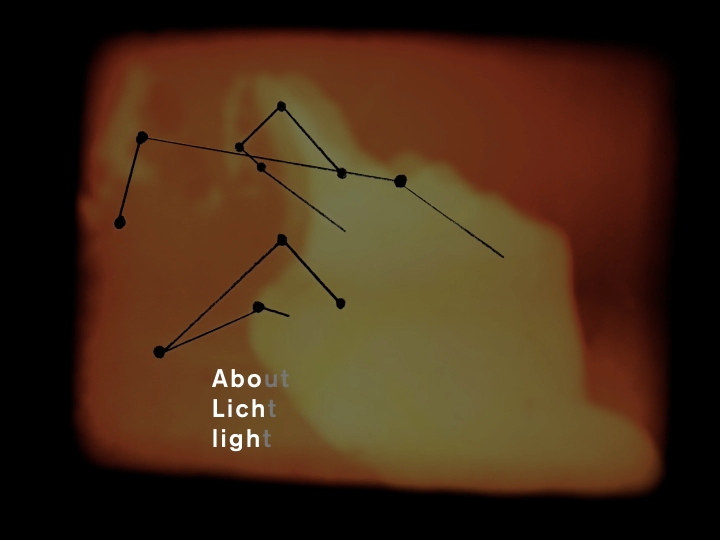 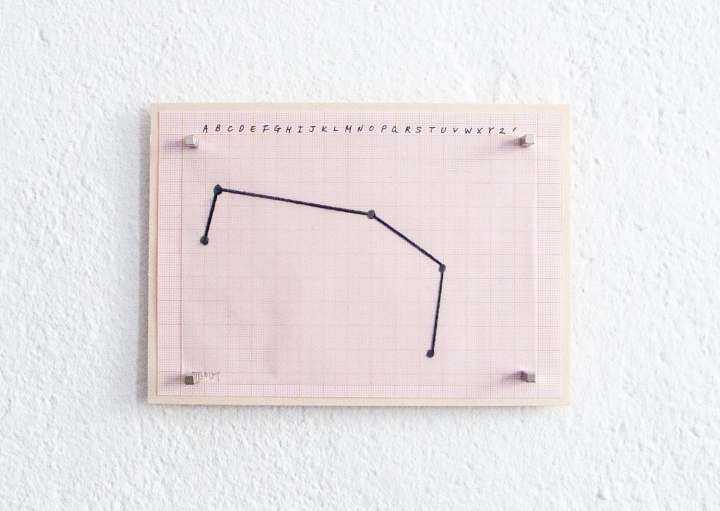